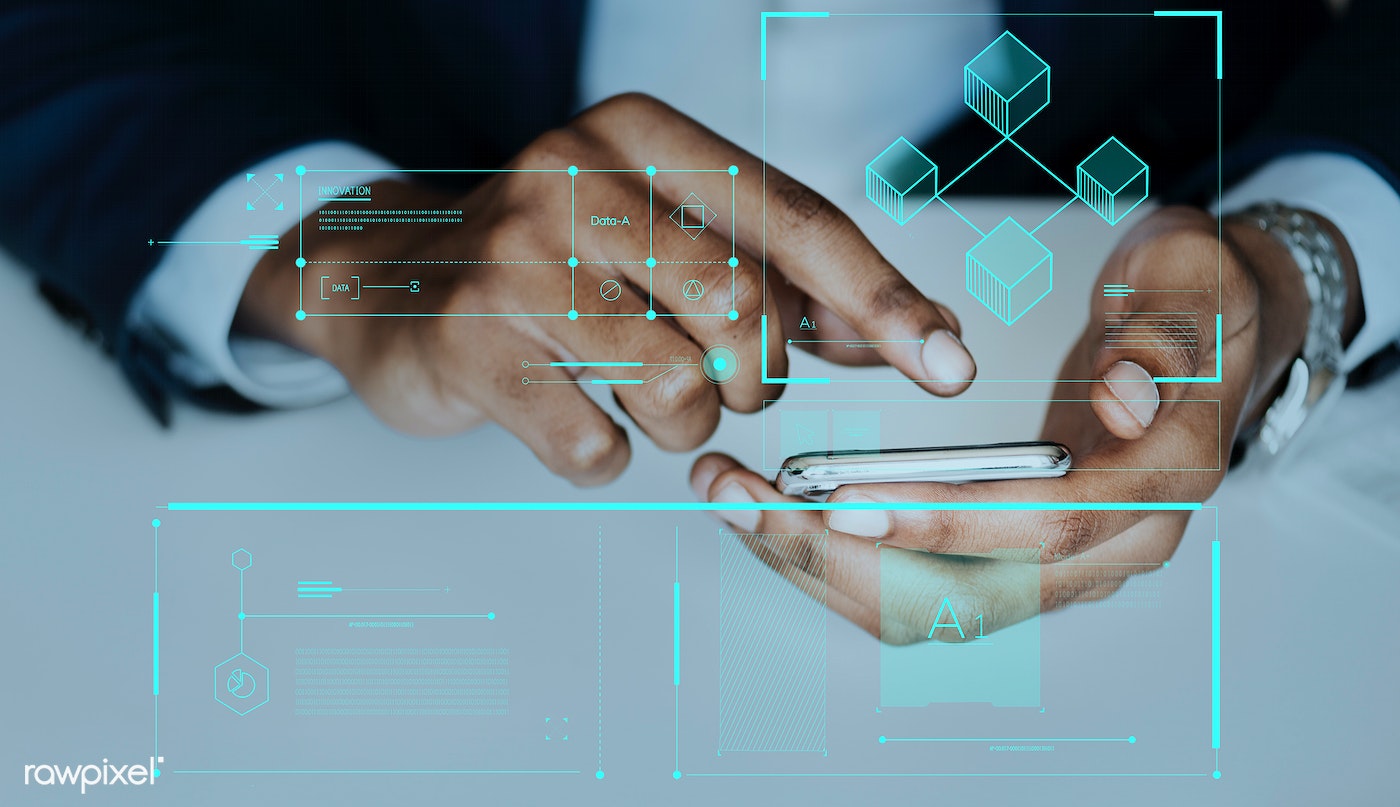 To add to these difficulties, financial sectors are very dynamic, and in the last few decades their evolution has been so intensive and rapid, that the process seems to be more of a revolution than an evolution. This is particularly relevant now when the impact of FinTech technology on financial structures and processes is growing fast. It is hard to predict where the FinTech revolution will take us, but one thing can be said for sure – the historical structure based on banks and stock markets is unlikely to survive in its current form.

Historically, German and Japanese corporations have much tighter and long-term relations with banks than corporations in the UK and the US. Yet, it is clearly apparent that even if this is true that ‘historically’ German and Japanese stock markets have been relatively small, this is no longer the case. The Tokyo Stock Exchange is the third largest stock market in the world, behind the New York Stock Exchange and Nasdaq. It’s market capitalisation of nearly $5.7 trillion (as of 2018) may seem dwarfed by the market capitalisation of the American exchanges ($22.9 trillion and $10.9 trillion), but Japan is a much smaller country, too.  The Frankfurt Stock Exchange, with a market cap of $1.8 trillion, takes twelfth position on the world stage, five positions behind the UK (with the market cap of $3.8 trillion). However, ranking the developed countries in isolation, the Frankfurt Stock Exchange only stands below the American exchanges, the Tokyo Stock Exchange, the Euronext (the exchange servicing several EU countries, thus not the best of comparators against single-country exchanges), the London Stock Exchange and the Toronto Stock Exchange. Thus, putting Euronext to one side, among the five biggest developed stock markets in the world, three are in market-based economies (the US, the UK and Canada) and two are in bank-based economies (Japan and Germany). Therefore, the simple ‘historical’ separation of countries into those where stock markets play an important role and those where the role of stock markets is negligible is no longer accurate nor appropriate.

Technological development and, in particular, the transformation of how much, how fast and how information can be transferred and stored, was fundamental to the development of stock markets. While individual banks can collect and store information about individual investment initiatives, this information is rarely shared with other banks and investors. Stock markets, if working properly, enable standardised, quick and comprehensive information to become publicly available. This, in turn, enables the creation of an investment environment in which investors can access a broad range of investment opportunities, and choose what suits them most.

Stock market investments are associated with higher risk than typical bank deposits. There are many potential sources of stock market risk including operational (e.g., trading infrastructure and regulation are not adequate to prevent irregularities), informational (e.g. some investors can exploit having access to information other investors are unable to access), etc. Some risk may also come from a lack of diversification as investors do not have enough funds (or skills, or knowledge) to build a diversified portfolio, i.e. invest in a range of stocks that together have a low probability of losing money at the same time. However, the opportunity to better diversify risks is still one of the fundamental traits of stock markets. This not only helps investors, but also companies. As much as investors benefit from diversification, so do companies and managers as they may be able to obtain funds to investment in projects that would not gain banks’ approval, or if it did, they would be much more expensive. This is ability to raise extra funds with less restrictions increases the amount of investments, thus raises economic growth.

Yet, not all companies can benefit from stock markets and equity issuances. To be listed, a company must satisfy a range of, often quite demanding, criteria which themselves can be quite financially challenging. One of the main problems of stock markets is that they have remained quite expensive middlemen. Moreover, their informational transparency  has remained less than perfect, and typically better for the bigger players, whether at the issuers’ or investors’ side, than for the little ones. So, even if special segments of well-established stock markets, like the AIM at the London Stock Exchange, have been created to reach out to smaller and less-viable companies, this has not been enough. In particular, this is not a solution for countries with small and relatively thinly traded stock markets.  Thus, equity financing is typically out of reach for many entrepreneurs. Paradoxically enough, these small and medium size enterprises also find it difficult to secure funding from banks. This has been particularly true in recent years since tighter regulation of banking activities has been introduced following the financial crisis.

Banks are known for discriminating against risky projects and, as a result, small entrepreneurs, since their initiatives are focused on individual (non-diversified) ideas and undertakings suffer most. Thus, when it comes to access to capital, life has been easier for the big companies than it has been for the small ones, regardless of whether the economy is market-based or bank-based. This is especially a problem for those entrepreneurs who are willing to dip their hand in the risky waters of new ideas. This has been a general problem and very little has improved over the years. The fact that often governments create separate funding agencies to support those who have promising ideas but cannot find capital to finance their implementation through the traditional financial institutions, indicates the urgency of such funding and the scale of the failing of the traditional finance channels.

Luckily, where there is a need to support innovation, there are also now innovative solutions. Technological progress has taken another turn, and this time it may be able to create solutions that may reach those who find it difficult or inefficient to seek bank loans or secure a stock market listing. Thanks to the development of technologies that allow cheap storing and manipulation of vast quantities of data which are accessible to anyone within a system without any discrimination, things have changed. FinTech platforms are beginning to revolutionise the sector for small businesses and small players generally.

Peer to peer lending (P2P) is of relevance to funding for small businesses. It avoids many of the problems associated with banking and this is one of the reasons it has grown enormously in the last few years. Although the process may look similar to banking, it is fundamentally different in critical ways. When we deposit funds with a bank, we are formally joining into a contract with a bank which promises a set return on our money. The bank then lends to a business and there is a contract between the business and the bank. But there is no contract between the depositor and the borrower. So lenders have little idea where their money is going. The banking approach has many benefits but history has shown that careful regulation is needed to protect depositors and to keep banks stable. Weakening of banking regulation typically leads to cheap money followed by instability and occasionally global crises, such as the recent great financial crisis.

The P2P approach is very different. Here lenders loan directly to borrowers. The P2P platform is exactly what it implies, nothing more than a FinTech mechanism that matches together borrowers and lenders. The contract is between the lender and the borrower with the P2P platform facilitating the bringing together of the two and easing the ongoing financial relationship between lender and borrower. So, lenders know exactly where their money is going. If the investment is a good prospect but very risky, then, if the promised return (if successful) is right, funds may well be forthcoming through the platform to enable the entrepreneur to undertake the risky project. The funds may come from a number of investors, each putting in a small amount of the total, all facilitated by the P2P platform.  If a lender wishes to exit early, then the P2P platform will sell the investment over the platform to other investors. A core advantage of the P2P process is that, since lenders loan directly to the borrower, there is none of the regulation needed that surrounds the more complicated banking arrangement and P2P has developed rapidly in part because it has not been encumbered by banking regulations.

P2P platforms usually deal with lenders who deposit money for a fixed return (which of course they may never get if the project fails). Crowdfunding platforms are somewhat similar but the main difference is that typically those funding through a crowdfunding platform will expect to get a share of the project (equity) rather than a fixed return. Indeed, often funds raised on crowdfunding platforms are used to fund something where those contributing do not get any financial return at all, e.g. to fund an aid project in a developing country.  So, crowdfunding is typically focused on very early ventures or social interventions rather than existing small businesses. P2P and crowdfunding are the two leading components of a new investment style sometimes referred to as FinTech credit.

The global FinTech credit market has grown rapidly around the world in recent years. Between 2013 and 2016 lending in the sector is believed to have grown at over 200%. Initially, the development took place in the US and the UK. The first P2P company in the world, Zopa, started in the UK in 2005. However, in recent years growth has been strongest in ex-communist and liberalising communist countries (e.g. Georgia, Estonia, Latvia, Lithuania).

The driver behind the development in FinTech credit in ex-communist countries and countries such as China appear to be somewhat similar – need for change outside the traditional structures. For example, almost all the banking sector in China is state owned and these banks have favoured large companies and safe investments. Recent liberalisation in the financial sector in China has had limited impact on the proportion of banking that is privately owned but has had a huge impact on FinTech credit, which in volume terms is now the largest in the world by far. The P2P sector has enabled small and medium size enterprises to access finance in significant volume for the first time.

There is no doubt that FinTech credit could have a positive impact on ex-communist countries and such countries should be looking seriously to these markets. However, it is not all plain sailing. China presents a good example of how problems can rapidly arise. For several years the Chinese authorities were relaxed about the rapid growth of FinTech, left the sector barely regulated and saw the benefits of it providing funds to entrepreneurial parts of the economy. However, as competition intensified, P2P platforms in China started to offer guarantees to depositors to enable the sector to maintain the enormous growth. This successfully led to rapid growth but once things stared to go wrong for some investments, the platforms could not always meet their promises, particularly those that have been making leading and unreasonable promises. This led to a lack of confidence in the sector. Several platforms have been made bankrupt and the Chinese authorities have had to step in to regulate the sector to increase confidence. Current concerns about the financial sector in the Baltic countries are also bringing pressure to the sector.

It appears that FinTech offers more opportunities for ex-communist countries than for many others and these governments ought to be looking carefully at the sector as a way of funding SMEs and economic growth. But this needs to be done carefully. It is dangerous to sit back and leave the markets to their own devises with no regulation. Finding the best middle ground between stringent banking regulation and no regulation is the big trick that the countries should be focused on solving.